Before the country went into lockdown, I participated in a small exhibition of British flowering plants at Easton Walled Gardens, Grantham. My intention was to publish this short piece at the time of the exhibition but between flooding and pandemics I kind of forgot and never finished this post. So, several weeks after the event here it is. I've chosen just a few of the 14 works works to discuss the stories behind the paintings..... there are so many more that I wanted to paint. I suspect this may be the last exhibition I'll be participating in for a while but looking on the bright side, now is the time to paint!
My daughter Polly and good friend Dawn Wright also took part in the exhibition. For my part, all of my works were on vellum, here's a small selection. I'll add a slideshow later of all my works.

The harebell flowers are so small, papery and delicate to paint it was a real challenge, so I decided to paint a larger version of just one flower. I wouldn't normally do this but it seemed like I needed a closer view of these little flowers and it made a nice addition to the painting of the whole plant.

The next plant is from the same family and is Honeysuckle, otherwise known as Woodbine, unlike the Twinflower it is common just about everywhere, the native version, Lonicera periclymenum, is widespread and found in hedgerows and woodland but there are many other species of honeysuckle that have become naturalised.

Honeysuckle has a heady perfume at night, which pollinating moths, such as the Elephant Hawk Moth love but honeysuckle upports many insects, such as the White Admiral butterfly and of course many bees, but only a long tongued insect can reach the deep nectaries in the flower tube. Birds love the red berries in autumn and all round, it's a great plant for wildlife. This one grows outside my window so it was easy to access.

In plant folklore its long been associated with fidelity and young women were forbidden to bring the flowers into the house. Apparently it was believed that honeysuckle made the dream of their true love and stimulated risqué dreams! But having honeysuckle growing around the door was common and grown to prevent evil spirit from entering whilst bringing good fortune to the inhabitants.

The Honeysuckle was a bit of an ad-hoc composition and I let the vellum guide me with no particular plan. I chose the focal point flower of the twining flower stem first and took it form there, the vellum was large enough to add more, I added the berries, then decided to sketch some additional stems onto tracing paper to see how they looked before taking the plunge. I don't often work this way but it's  nice to have a more organic approach to painting sometimes ... a 'see what happens' approach without being overly precious.
The last one for this post is Primula vulgaris, I painted this some years ago on Kelmscott  (see below) and was always curious to know how it would looks on dark veiny vellum, so I repeated the painting with some alterations on a very dark veiny vellum. I wasn't sure if the pale lemon flowers would work so well on a dark surface but thought I'd give it a try. I used quite a lot of the opaque Lemon Yellow Nickel Titanate, which I'd also used on my previous painting, but it's important to maintain some of the substrate showing through because there's nothing worse than overly heavy painting on vellum, which kills the luminosity - it's a fine balance of 'how much' is enough on vellum. 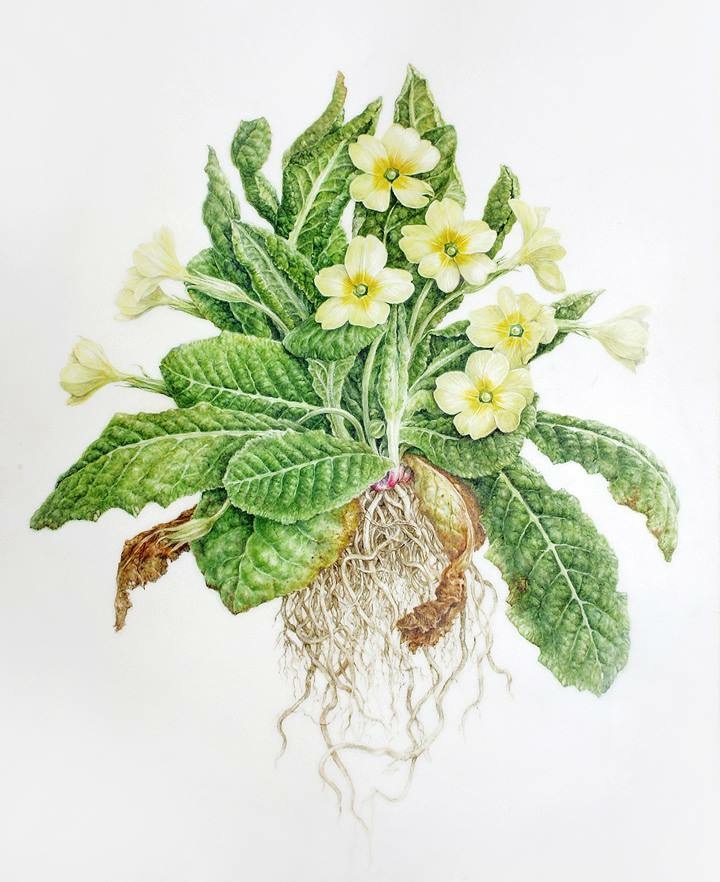 The exhibition was due to to open for Easton's Snowdrop week on the15th February, alas the high winds and floods put a stop to that on the first day and weather proved to be a bit of a challenge that week! Easton Walled Gardens is a beautiful venue to exhibit at, I spent a few daysin the Coach House painting. The exhibition ran until the 15th March and we took it down at the beginning of the social distancing. It was pretty much the last time we left the house. 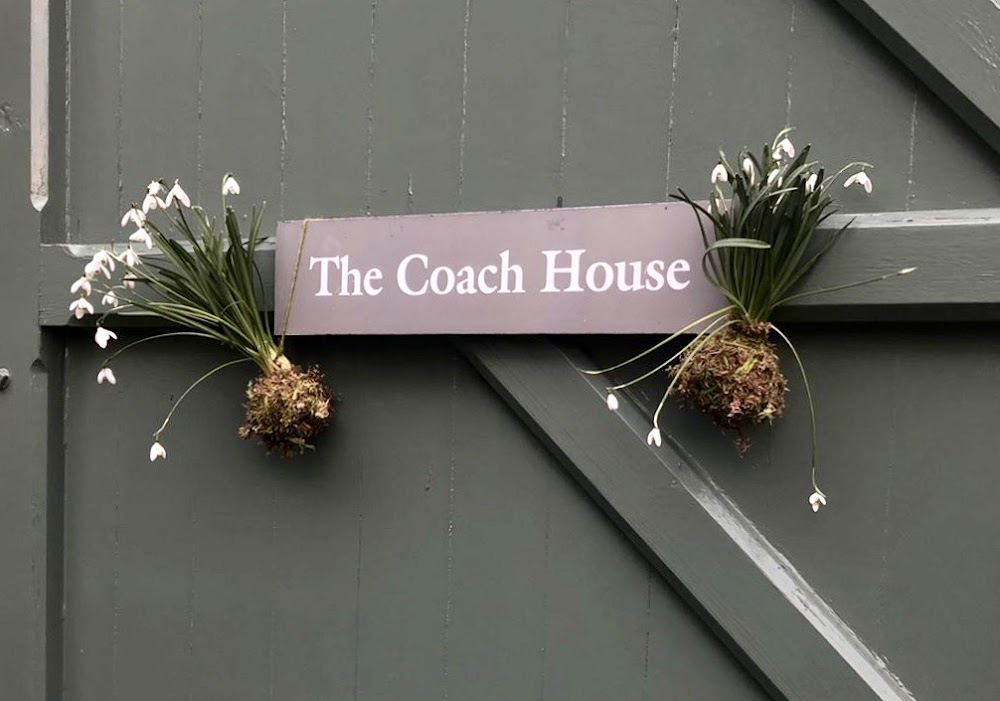 Posted by Dianne Sutherland at 00:37