To say it's been a bit of a rush would be an understatement! But I managed to finish the paintings and put them up at Lindley Hall tonight. I'm blogging from my phone so apologies for typos and the lack of captions etc. 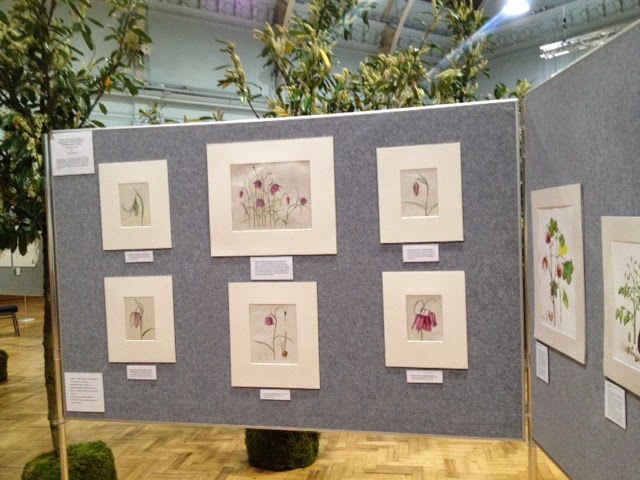 In usual fashion I arrived last and left at about 9pm tonight. Before heading back to the hotel I managed a quick walk around the hall. The standard of work is incredible! and I can't wait to go back for a closer look tomorrow.

For my studies I've painted floral forms and development from a garden population of Fritillaria meleagris, all of the studies are on vellum and were painted during March and April this year - so it's been a very tight turnaround! 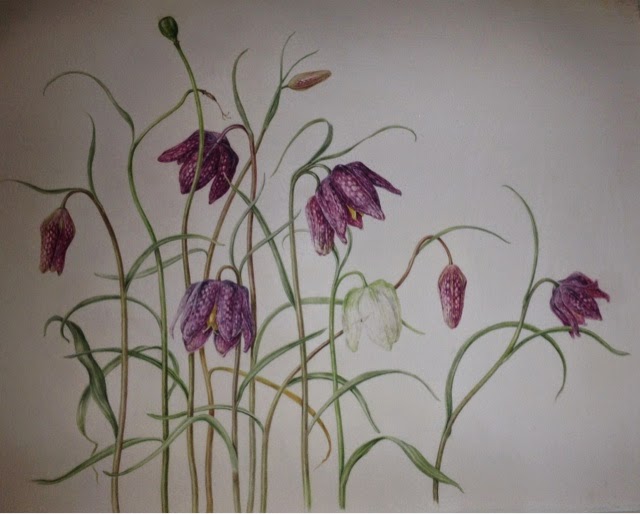 My largest painting of the population of Frits is painted on the piece of Rory McEwen vellum gifted to me by the Hunt Institute for Botanical  Documentation. Lugene Bruno kindly passed on information regarding McEwen's preparation of the vellum. He purchased the finest New Zealand calfskin from Band and Co. in Richmond, London ( closed some years ago). The preparation involved a thick coating of plaster of Paris , using a formula devised by William Morris and named after his press, 'Kelmscott' vellum. The thick chalky surface which was then rubbed down with fine sandpaper.
I have to say that I was very cautious when rubbing down the surface coat and believe that I should have removed much more. The coat has visible brush strokes and is irregular in places, it gives a more absorbent surface than other Kelmscott vellum.
The day before I was due to leave for London I decided to remove a large section of the work because I wasn't happy with the finish! 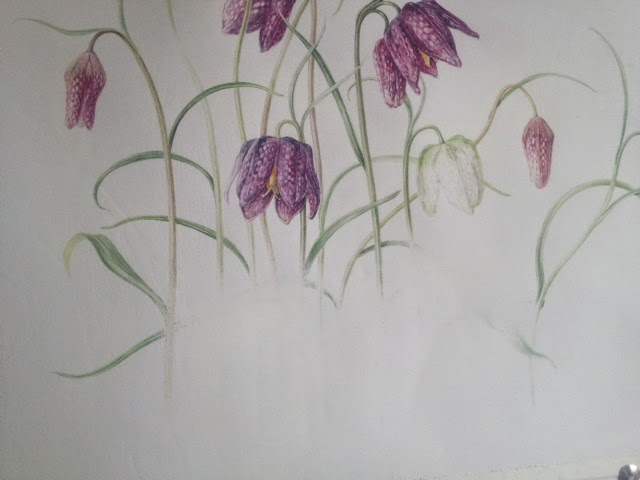 It seemed like a drastic measure but I just wasn't happy with the finish. The other problem is the fact that the vellum is cut from the edge of a whole skin and is bucked. I didn't want to cut the edge away to straighten it so decided to live with it until such times as the work is framed. I will add more to the composition at a later date. 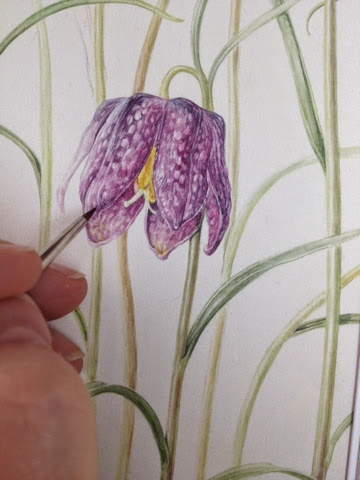 It's been a long few days and I'm ready for bed, will write more later but for now I'll leave you with a few images of my other small paintings. 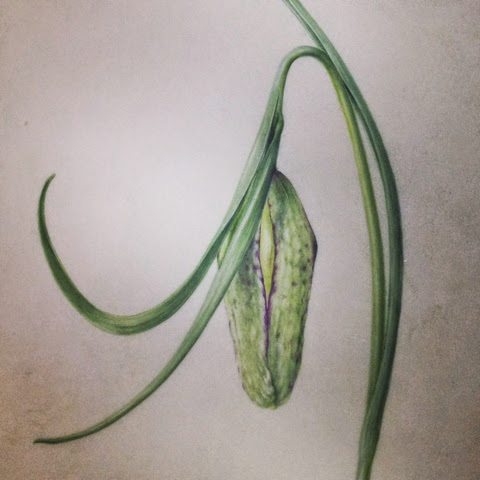 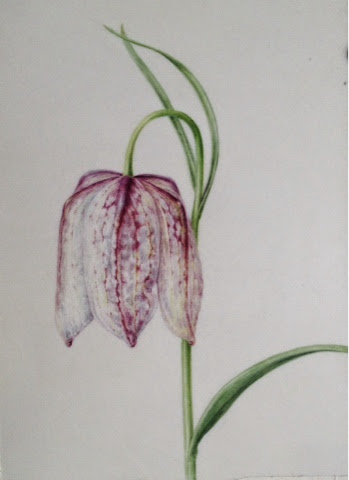 'White' form but with some chequered 'red' markings (x 2) A botanical study, I did want to add the tepals showing the nectaries and a dissection of the developing fruit...maybe later ( x 1.5) 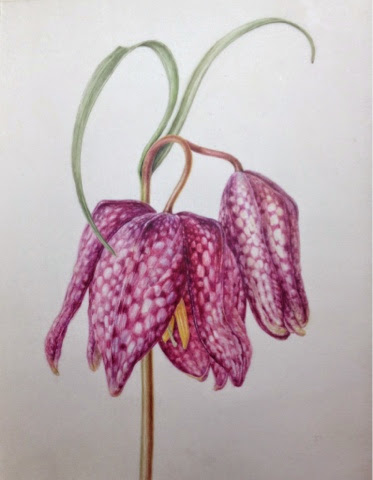 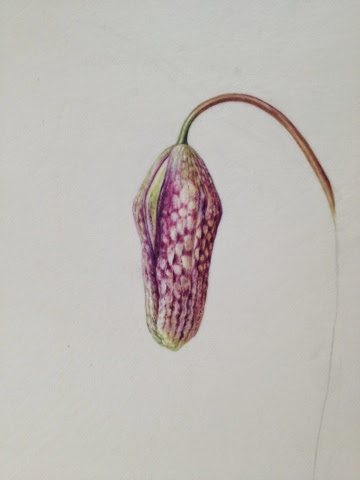 I forgot to photograph this one so here's an picture of it unfinished. Standard form in bud (x2) 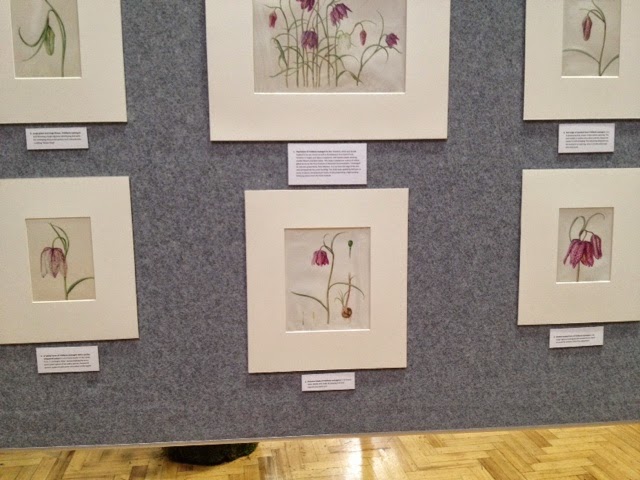 Update
I was awarded a silver for the paintings, I was happy enough with that for the amount of time taken to produce them. The feedback from the judges was useful. They preferred to see more of the plant than I showed in the smaller studies , I chose to do the smaller paintings due to time constrains, and, because personally  I like he small studies best. But I understand that judging for a show has a different set of criteria. If I do another show I will definitely take a much longer amount of time to prepare as I was literally still painting on the morning of the set up day! 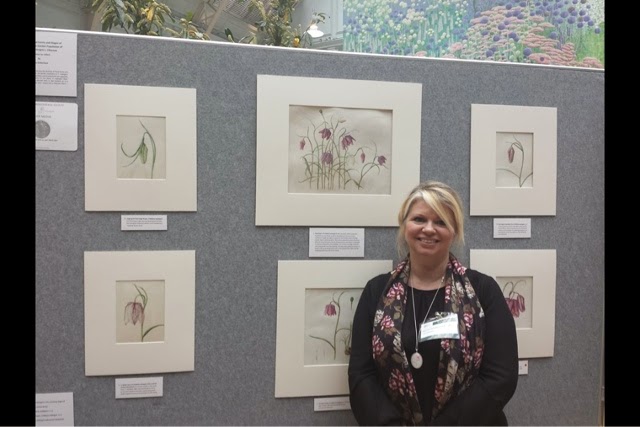 Posted by Dianne Sutherland at 15:35