This week I've been reading extracts from Ruskin's Elements of Drawing...what a wise man!
I love these Victorian texts because they feel much more philosophical than modern instruction manuals.  Anyway it got me thinking about whether there's a better way forward for my students than painting endless colour  charts, given that I've already put them through numerous torturous brush technique exercises and feeling duty bound to come up with something more interesting. I've nothing at all against painting colour charts but tend to do mine in the context of study pages because painting exercises need to be be put into context to make them meaningful.
Students of botanical art often cite the green palette as troublesome ....and hand-in-hand with the 'green'  problem comes difficulty with painting leaves. So I thought it might be a good idea to create 'colour' based  sketchbooks....Starting with green of course.  It's not exactly a new idea but I quite like the idea of colour reference books sitting on the bookshelf.

So before inflicting the idea on anybody else I made a start on my own Green Book this week to see how it works out..... It was tempting at this point to make a red book and a yellow book etc. but I want to keep this achievable.


Using a low cost W&N sketchbook, I covered it with green paper ( Blue Peter style again). I wont be using the sketchbook paper but instead will work on watercolour paper off-cuts gluing the studies into the book later... to be useful, colour studies should be painted on the same paper as any final pieces.

The variety of greens is many and varied, so this should be an opportunity to really get to grips with them as well as a chance to study leaves and other subjects too. I started by collecting up some fridge finds followed by a collection of a few things from a morning walk (see images below) You can see the variety of greens in just that small collection....this will be a fat sketchbook!


One of the problems with greens, and any colour for that matter, appears to be in 'seeing' the particular variation of the basic hue - by that I mean that what we 'know' about an object, i.e. 'it's green all over!' which can over-ride what we actually see. It's simply not good enough to just add a standard looking highlight, a bit of shadow and a touch of reflected light in approximately the right place as expected. There's more to it than that!
When painting in watercolour we have to learn to 'see' all of the colours. To observe the way that the light interacts with the colour of an object is all important because it significantly alters the three attributes of colour, i. e. the hue,saturation and tone. I often use a piece of white card with a hole cut in it to identify the varying colours of the subject,  this helps me to see the effect of light and shade by isolating each colour and removing surrounding colours which influence our colour perception. The same effect of isolating colours can bee seen below in the lime image below. 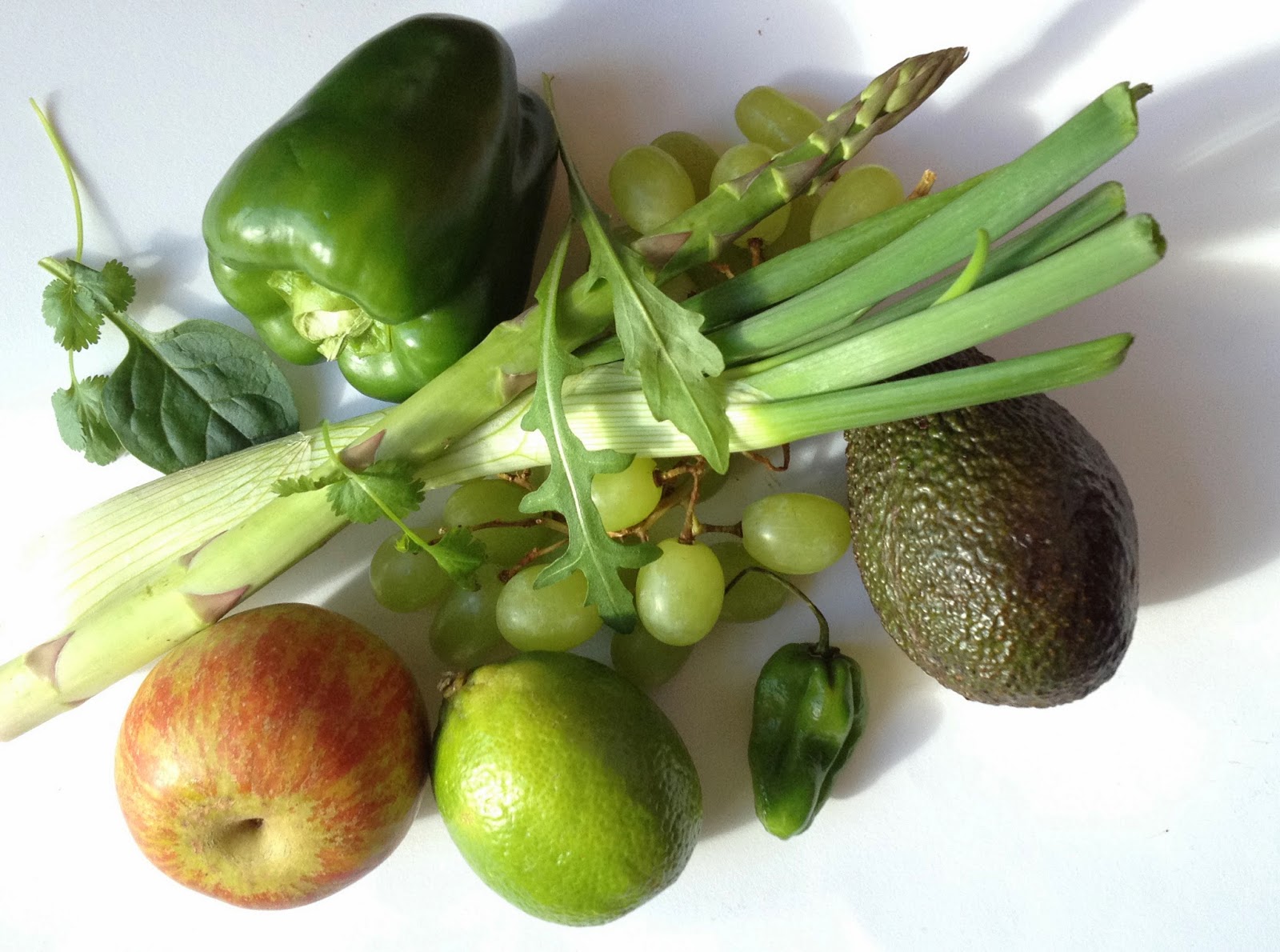 There is no better test of your colour tones being good, than your having made the whites in your pictures precious , and the black conspicuous...Ruskin

When mixing colours I try to work with as few as possible, chosen from the primary palette I generally use 3 colours to mix greens; blue and yellow form the basic green plus a smaller amount of a red. I usually choose from 4 blues, 4 yellows and three reds. Occasionally I use two blues in a mix and also use overlaid washes, which results in greater transparency. I tend to work with transparent colours in the washes to preserve luminosity. The basic 3 colours can makes a very large number of different greens simply by altering the ratio of the 3 colours and also the with the ratio of water used. Personally I've always had particular dislike of opaque colours with black in them, indigo being one of the worst to use in a green wash, it results in a flat dull appearance when overlaid.  I was pleased to read that Ruskin refers to Field's Chromatography as follows: ....while Indigo is marked by Field as more fugitive still, and is very ugly.

Only observe always this, that the less colour you do the work with, the better it will always be.

From my collection I chose a dark green ivy leaf with very prominent venation and which was not particularly shiny for ivy. Using good natural light, I first identified the basic hue and decide on which blue, yellow and red to try out for the mix. Once I have identified the basic hue I look at colour saturation and tone.
I chose the three colours to work with and tried out a various combinations to get the yellow or blue biased greens and light and dark greens. I used Indanthrene Blue and Transparent Yellow plus a small amount of Quin Magenta. At first I though I might need something darker but decided that was unnecessary. The only other colour used was a small amount of Cerulean Blue which I used in an initial graded wash the bring out the soft highlights. That's probably a bit of a habit though and I'm not sure that I actually needed it. The stem was also painted using the same colours. I believe the less colours used - the better the continuity in a painting. I number all of the colours and make a note of the order of washes applied and the techniques used. Hopefully I can refer to this chart again in the future
Your power of colouring depends much on your state of health and right balance of mind: when you are fatigued or ill you will not see colours well, and when you are ill-tempered you will not choose them well.

John Ruskin, Elements of Drawing in Three letters to Beginners, Letter III On Colour and Composition 1857
Posted by Dianne Sutherland at 05:23