RBGE Florilegium: The Story of Illustrating the Cancer Bush, Sutherlandia

A new decade is definitely a time for self reflection and I've decided that I don't paint nearly enough,  so my aim for this year is to paint more and to paint often. The opportunity of being involved in the Florilegium project at the Royal Botanic Garden Edinburgh came up last year and illustrating a plant with a great story makes and ideal start for 2020! The chosen plant for the work is a South African native formally known as Sutherlandia frutescens, aka the Cancer Bush, now reclassified as Lessertia frutescens. Here's a little about the the process of illustrating the plant as well as the story of Sutherlandia and the Sutherlands, from South Africa to Edinburgh and back.


The Plant
Before I get into the story, here's a little information about the plant and its habitat. The Cape Floristic kingdom is home to Lessertia frutescens, Sutherlandia (Family: Fabaceae) it is one of the richest areas for flora in the world.  Still commonly known as Sutherlandia, the plant was recently reclassified as Lessertia frutescens from Sutherlandia frutescens based on its adaptation to bird pollination, which is by sunbirds.  It grows in dry regions throughout the country and is associated with the Fynbos, but grows as far north as Namibia and Botswana and in the Karoo Desert. It's a short shrub, with greyish pinnately compound leaves, which vary considerably in size from 4-10mm. The flowers are orange-red in colour, up to 35mm, in short racemes at the leaf axils. The fruit is a large inflated 'bladder-like' pod, which is paper thin. Flowering time is September - December.
Sutherlandia has many common names, several relate to its medicinal properties, particularly with cancer treatment, such names include, the Cancer Bush or Kankerbos, the Zulu people used the name Unwele, because it was said  that the plant 'stops people from pulling out their own hair' - thus takes away stress. It has long been respected in medicine by the original inhabitants of the Cape being used for washing wounds, controlling fever, for stomach and eye problems and cancer. Evidence is largely anecdotal, however, there is some research into its action as an immune stimulant for cancer and AIDs patients. This doesn't mean that it's a cure but Sutherlandia can help to stimulate appetite in patients with wasting diseases.  Take a look at the SANBI entry for further information.

The Florilegium
If you are unsure about what a Florilegium is:
Modern florilegia seek to record visual collections of plants held by a botanic garden or specific place, either in living or historic collections. Artists are invited to illustrate plants from the collection  and usually supplied with a plant list to choose from. The illustrations are usually required to show the important features of the plant. Resulting illustrations are often exhibited and published in books and the botanic gardens hold the illustrations for reference and education purposes.

The aim of the RBGE Florilegium Society is to create a permanent, visual record of RBGE’s botanical and horticultural work through the acquisition of artistic works featuring the plants that are grown, collected, studied and named by RBGE staff. The Society will also raise RBGE’s profile as an important centre of botanical art in relation to both our educational work and our art collection

Being involved in a florilegium can be a bit of a labour of love but it is a great opportunity for botanical artists. For me being a Botanical illustrator is all about recording and learning about plants as well as sharing with others...it's what I always wanted to do.

First Encounters
The story of my interest in this plant began with a trip to South Africa with my daughter Polly in March 2019. This is where we first encountered  Sutherlandia frutescens, at Kirstenbosch Botanic Garden. Sadly it was at the end of its flowering period, with only a few flowers remaining. This plant caught our attention for a few reasons, firstly, it's my type of subject, I'm always drawn to plants in the Pea family (Fabaceae), their nitrogen fixing symbiotic relationship with bacteria that makes them so important, plus some plants just fill me with enthusiasm and demand to be painted. Secondly, the name 'Sutherlandia', made us want to find out more. Thirdly, it's medicinal properties. Lastly, it matched my nail varnish!


The Opportunity: How Things Mysteriously Come Together
I knew I'd come back to this plant at some point, when out of the blue, my good friend and fellow artist, Shevaun Doherty, told me that a plant called Sutherlandia was on the plant list for the RBGE Florilegium and that I had to paint it? I immediately contacted them and claimed it. Both myself and Polly plan to illustrate different aspects of the plant, which is a slightly unusual approach but was approved.

A Trip to RBGE
In November 2019, we were invited by Jacqui Pestell to visit the Herbarium at RBGE to complete some research. RBGE staff were so helpful and supportive and we spent a couple of days investigating and sketching. Even the current Regis Keeper, Simon Milne, invited us into his office to talk about Sutherlandia and his research. Outside his office is the banner dedicated to James Sutherland (c. 1639 - 1719) the first Regis Keeper of the Royal Botanic Garden, and of course the reason for the plants inclusion in the Florilegium became apparent, as Sutherlandia frutecens was named after him.
S. frutescens had until recently been in the living collection in the RBGE, like many South African plants they will grow in the UK but in recent years the live plant has declined and it's now most likely part of the historic collection. From the Herbarium records it appears that some plants in the collection came to Edinburgh from Kirstenbosch Gardens. The herbarium specimens came from various sites across South Africa and show considerable diversity, particularly in leaf shape and size, which was interesting. Having a 'Type specimen' is important in deciding what is typical for illustration purposes. It was amazing to view samples described by legendary Scottish botanist, Robert Brown (of Brownian motion fame) he also who had a close association with Joseph Banks voyages to Australia....but that's a story for another time. We also spent time in the Library viewing some magnificent books with illustrations of South African flora.

We really enjoyed our time at RBGE, we made notes, measurements and sketches as obviously watercolour isn't allowed in herbariums. Polly, who illustrates pollen and dissections, intends to return to see if they can capture pollen grains using the Scanning Electron Microscope, this is her specialist area of interest. I'll be making a more traditional illustration of the plant and some of the specimens had already given me some inspiration for a composition.

Return to Cape Town
Less than 2 weeks after our visit to RBGE, we were back in Cape Town. This time we knew that Sutherlandia would be in full bloom. The botanical community are always incredibly helpful and it took just a few emails to friends to organise a specimens of the plant for the RBGE project, which was sorted in advance of our arrival.

Kirstenbosch provided a permit to take a sample of Sutherlandia away, which was extremely accommodating. Garden officer Alice Notten took us to view several examples in the garden, it was a scorching hot day but we came away with a beautiful cutting of the plant. Over the next few days I worked quickly to record as much as possible, making detailed drawings and colour studies. As well as drafting a few compositional ideas. 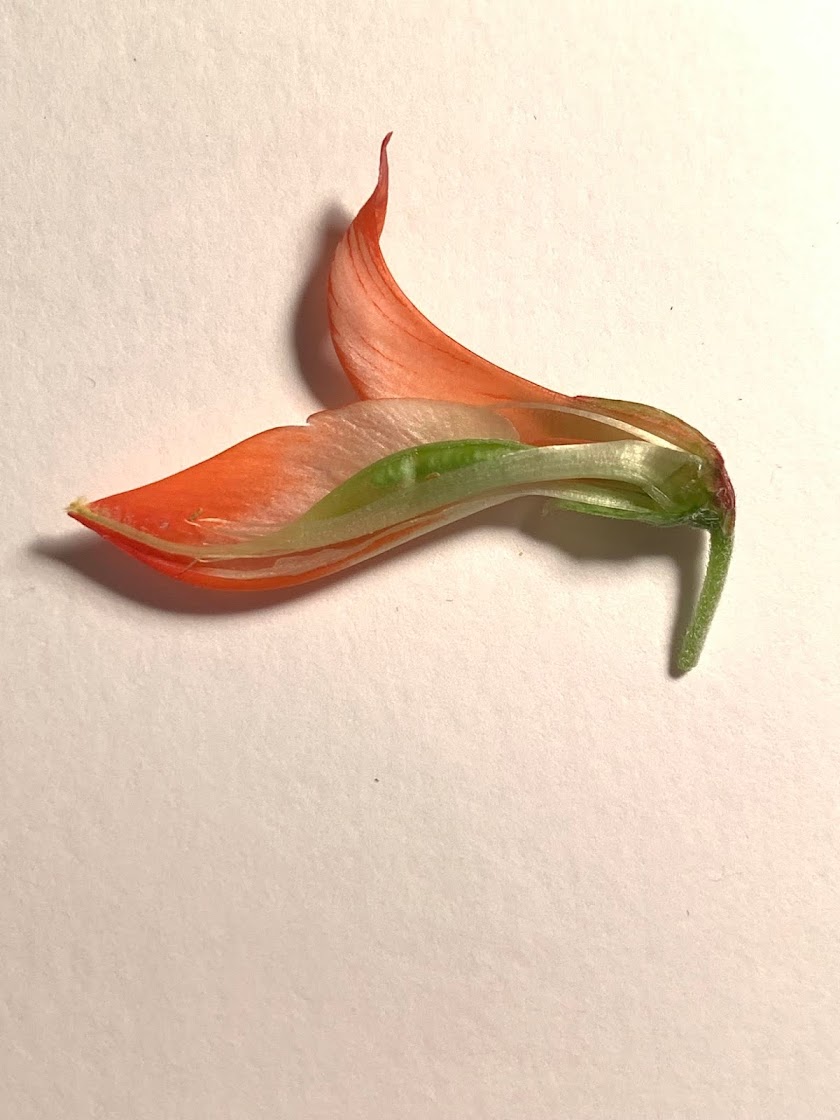 Investigation of the reproductive parts

We also visited Karoo Botanic Garden, which I love! they also have several Sutherlandia plants but it's much hotter and drier there, flowering had mostly finished but there were piles of the hugely inflated ghostly looking seedpods on the ground.  We took a road trip many miles into the Karoo desert where we observed the plant in the wild in many locations, we made further studies also took lots of photographic reference.  Suffice to say its a very common plant, so was an easy task....apart from the heat!


That's the story to date, all that remains is to put it all together and complete the painting.

Posted by Dianne Sutherland at 09:55